STOCKHOLM. Umecrine Cognition AB today announced that the Journal of Hepatology has published safety, pharmacokinetic, and preliminary efficacy results from the pilot Phase 2a study of golexanolone in patients with cirrhosis and covert hepatic encephalopathy (HE). The clinical trial results demonstrate that the company’s candidate drug, golexanolone, improved neuropsychiatric performance at doses which are well tolerated and exhibit excellent pharmacokinetics.

The publication by Montagnese et al. titled ”A pilot study of Golexanolone, a new GABA-A receptor modulating steroid antagonist, in patients with covert hepatic encephalopathy” describes results from protocol UCAB-CT-02, including the safety and pharmacokinetic findings following single dose and multiple ascending dose administration of golexanolone (aka GR3027) in patients with liver cirrhosis as well as a 3-week pilot study of the effect of golexanolone on neuropsychiatric performance in patients with cirrhosis and cognitive impairment consistent with covert hepatic encephalopathy (CHE).
The single (10mg) dose and multiple ascending (10/40/80mg twice daily for five days) dose trials enrolled a total of 32 patients with Child Pugh A/B cirrhosis. The randomized, controlled, and double-blinded exploratory efficacy trial enrolled 45 patients with cirrhosis and CHE at screening who were treated with 10/40/80mg golexanolone vs placebo twice daily for 21 days and assessed with five complementary measures used to diagnose and assess response to treatment in patients with CHE and predict their risk of developing overt HE.

Treatment-emergent adverse events (TEAEs) were generally mild with gastrointestinal disorders most commonly reported. One subject in the three week exploratory efficacy study experienced 3 serious adverse events (SAEs), with 2 defined as serious and unexpected (leukopenia, neutropenia) which led to discontinuation of golexanolone. Overall, golexanolone safety and tolerability appeared satisfactory and the pattern of TEAEs and other safety variables were consistent with those expected for the study population. Pharmacokinetic assessments showed that blood levels achieved steady state in all dosage groups by 5 days. The drug exhibited a half-life of 14-18h and systemic exposure was generally proportional to dose, with a modest trend toward higher exposure as dosage increased.

Results of this exploratory efficacy trial included the following,

Collectively, the results of this pilot study, which indicate improvement in cognitive function as assessed by CRT (vigilance/attention span), EEG (objective measure of brain activity) and ESS (subjective self-assessment of excessive daytime sleepiness) suggest that golexanolone treatment confers clinical benefit and warrants further study for disorders associated with cognitive dysfunction, including HE.

“Publication of these peer-reviewed clinical data in Journal of Hepatology represents an important milestone in the further development of golexanolone”, commented Magnus Doverskog, Umecrine Cognition CEO. “The Journal of Hepatology is the official journal of the European Society for the Study of the Liver (EASL) and one of the highest ranked journals in liver disease2. The publication of these findings follows the presentation of the study results at the November, 2020 annual meeting of the American Association for the Study of the Liver (AASLD)3, where it was designated as a “Poster of Distinction”; i.e., classified as being in the top 10% of scored poster abstracts with special recognition”.
The on-line article can be accessed via the Journal of Hepatology website:
https://www.sciencedirect.com/science/article/pii/S0168827821001847
[Montagnese, S., Lauridsen, M., Vilstrup, H. et al. Journal of Hepatology (2021);DOI:10.1016/j.jhep.2021.03.012].
For further information, please contact:
Magnus Doverskog, CEO, Umecrine Cognition AB
Phone: +46 (0)730 39 20 52, e-mail: [email protected]

About Umecrine Cognition AB
Umecrine Cognition is developing a potential therapy that represents a new target class relevant for several major CNS-related disorders. The lead compound golexanolone (aka GR3027) presently in clinical development is positioned primarily as a novel therapy for the treatment of hepatic encephalopathy in patients with cirrhosis and considered for other CNS-related disorders. For more information, please visit
www.umecrinecognition.com.

About Hepatic Encephalopathy
Hepatic encephalopathy (HE) is defined as brain dysfunction due to acute and chronic liver disease. Its pathophysiology is multi-factorial and, while lowering of plasma ammonia levels reduces the risk and frequency of overt HE events, recent studies suggest that the effects on the brain of hyperammonaemia and other injurious insults such as neuroinflammation are mediated by neurosteroid-induced allosteric activation of inhibitory GABA-A receptors.

About Golexanolone
Golexanolone is a novel small molecule GABA-A receptor modulating steroid antagonist under development for treatment of cognitive and vigilance disorders due to allosteric over-activation of GABA-A receptors by neurosteroids. It restored spatial learning and motor coordination in animal models of hepatic encephalopathy (HE) and mitigated the effects of intravenous allopregnanolone in healthy adults in a dose-dependent fashion. 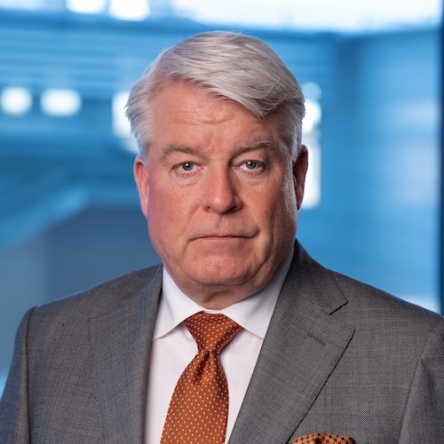