Our lead product candidate, golexanolone, is a novel small molecule GABAA receptor-modulating steroid antagonist in development for the treatment of neurological disorders caused by overactivation of GABA-A receptors by the neurosteroid allopregnanolone.

Golexanolone prevents the harmful effects induced by elevated levels of allopregnanolone in the brain.

In contrast to traditional GABAA antagonists, golexanolone can not completely block the receptor’s function and thereby induce side effects such as seizures and unconsciousness.

Golexanolone is currently under development for the treatment of two disorders – Primary Biliary Cholangitis (PBC) and Hepatic Encephalopathy (HE).

Scientific studies have shown the levels of allopregnanolone are increased in patients with HE and in PBC patients with fatigue and cognitive impairment.

We are also developing pre-clinical drug candidates, of which GR3049 is the most advanced. GR3049 has primarily the same mechanism of action as golexanolone, but with a slightly different pharmacological profile. We believe that it can potentially be used in a broad range of diseases.

Golexanolone has so far been tested in more than 150 patients and healthy volunteers to date, and proven safe and well tolerated. In one clinical trial, golexanolone dose-dependently counteracted the inhibitory effect of intravenously administered allopregnanolone on sedation and saccadic eye movements. This supports that golexanolone enters the brain and produces the expected pharmacodynamic effects.

In the Company’s recently completed Phase IIa pilot trial of golexanolone in patients with Hepatic Encephalopathy, the results showed that the drug candidate was well tolerated and has the potential to improve cognitive function, which was reflected by improvement in sleepiness and sustained attention, and improved brain activity as measured using an electroencephalogram (EEG). 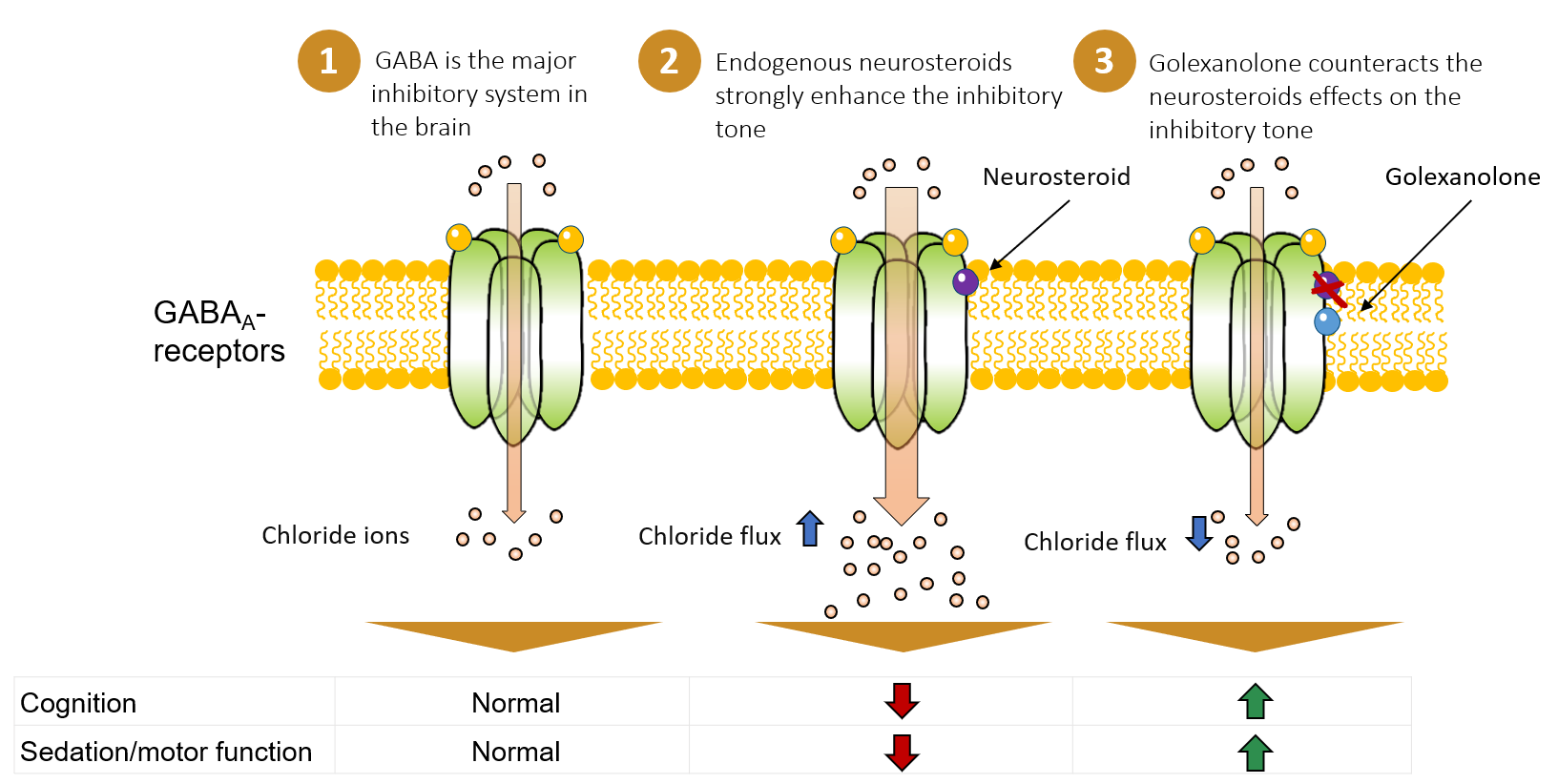